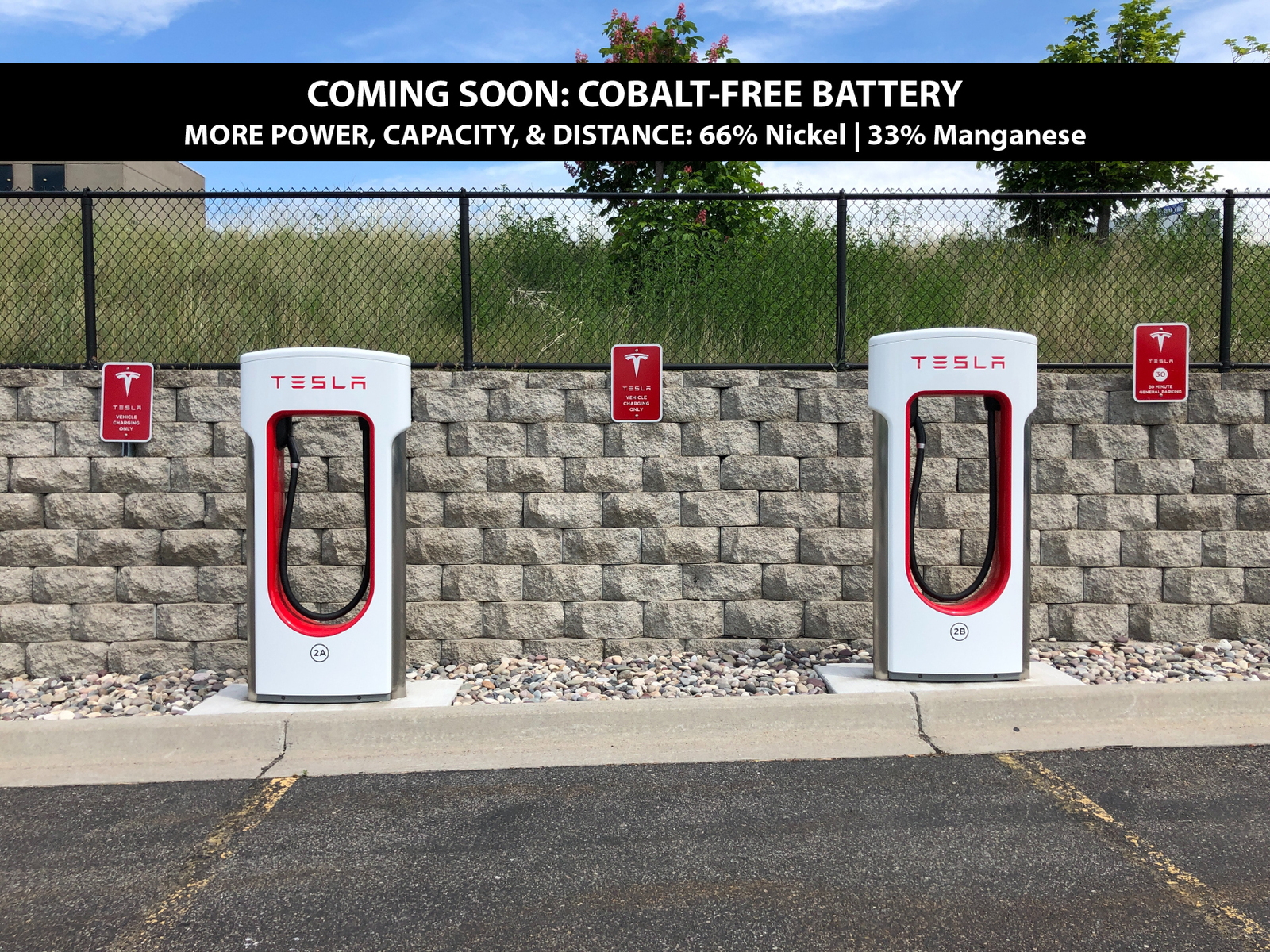 Cobalt(Co) is a Troubled Conflict Element, Dangerous for the Environment, Toxic for Humans, Mined in the Congo with Children, Prone to a Thermal Runaway Event in (Co) Blended NMC Lithium-ion Batteries

Manganese X Energy Update With The Decade in Review

We are living in extraordinary and exciting times. Technological innovations are blasting over the roof and the acceptance of them could never be merrier. The millennials and gen Zs can be touted as a major factor behind the movement, every industry can be seen transforming its traditional processes. Integration towards an advanced and modern technology has been less than seamless. It has meant enduring the pain of research, trial and error while continuing the hard work of developing new hardware and software, then testing and working towards merging the technology into the manufacturing line.

The transportation and automobile industry is no different. The world is witnessing revolutionary changes in its ecosystem in just a few decades. Today, corporate leaders are paving the way towards yet another radical innovation with the advancement and development of electrical vehicles EV’s. There are a lot of conversations and a tremendous amount of activity surrounding companies like Tesla; ”in 2017, Elon Musk said that Tesla would eventually build 10-20 Gigafactories around the world.” Currently three factories have been built in Nevada, New york, and Shanghai. Also, “GM has announced a new joint-venture with LG Chem to build their own battery gigafactory, which will have 30 GWh of annual capacity, in Ohio.” Volkswagen, “one of the world’s biggest carmakers is calling time on producing internal combustion vehicles at one of its biggest factories in Germany. From now on, that factory will only produce electric cars.” Three world leading car manufacturers are taking huge steps in order to establish electric vehicles as the future choice of motorized transportation.

Moreover, if experts are to be believed, widespread adoption will soon become inevitable, turning this new motorized transportation era into a reality. The battery will be the major component for all future and modern advancements and also the major reason holding back the acceptance of the industry's vision of a future clean, reliable and safe mode of electric motorized transportation. The blended Nickel Cobalt Manganese Lithium-ion battery is the current and most popular supported choice. Let’s understand the limitations of the current technology choice, why it’s not necessarily the best and what actions are being taken to come up with a better alternative and improved solution.

Lithium-Ion Batteries And Its Dependency on Cobalt

Lithium-ion batteries are the electrochemical wunderkind and have been around for years in the form of disposable and rechargeable batteries. They have been in commercial use for nearly fifty years and became incredibly popular for some definite reasons in the 1970s. Lithium-ion batteries were touted to be highly powerful, while having an incredible ability to store large capacities of energy. They became a mainstay because of their capacity to be durable, their ability to be reused a thousand times, while being more lightweight than traditional batteries. These low-maintenance energy tools were and continue to be used for every energy-concerned application you can imagine - from the myriad of mundane gadgets to the more essential like; smartphones, desktops and laptops to high-tech applications like electric cars, electric ships, and helicopters on Mars. In fact, Lithium-ion batteries with their superabundance of useful applications won them the 2019 Nobel Prize in chemistry. Their global market cap was valued at $36.7 billion in 2019 and it’s expected to grow at a CAGR of 18% from 2020-2027.

However, these exceptionally brilliant and dominant batteries have also bagged a fair share of criticism. Over the years, Lithium-ion batteries dependence on Cobalt has become a concern due to the extent that Cobalt is the key energy-boosting component for Lithium-ion batteries. Cobalt is the prime reason behind the battery’s longevity. So why is Cobalt termed a bad influence on the Lithium-ion battery? The answer lies in the very nature of Cobalt. Despite its advantages, manufacturers are trying to get rid of it by searching for an alternative, that addresses the issues impacting Cobalt’s ability to be sourced ethically.

Why is it Essential to go Cobalt-Free?

The global cobalt market size was 99.3 kilo tons in 2017. It’s expected to grow at a CAGR of more than 9% by 2025. Let’s have a look at the reasons that make a dominant component like cobalt a poor choice in today’s modern times -

It’s a known fact that Cobalt is a toxic and unstable bluish-gray element with an elevated incident rate that threatens the risk of a thermal runaway event in Lithium-ion batteries that contain Cobalt. Cobalt if exposed to above normal stresses or heat can give way for an internal chemical reaction to initiate. These types of incidents will compromise the chemical composition of the battery forming a toxic, unmitigated fire. The fire cannot be extinguished by water or flame retardants and may smolder for weeks. While burning it will continue to release toxic fumes. You may have experienced this yourself by getting on a plane and told that your cellular phone had the potential to explode.

It puts humans and the environment at constant risk throughout its supply chain. At every stage, from extraction to recycling, Cobalt-based batteries put the workers at a higher risk of toxic exposure and potential explosions. It has been reported that Cobalt miners are exposed to extremely harsh working conditions that sometimes violate human rights. Also It has the potential of exposing them to many health problems, ranging from trouble breathing, asthma, pneumonia, heart effects, and dermatitis. There are reports of smaller mining operations in the Congo where child labor is the primary way Cobalt is extracted.

Cobalt has been responsible for driving up the high cost of the Nickel Cobalt Manganese Lithium-ion battery in the electric vehicle industry. Cobalt continues to be the battery industry’s costliest component holding back worldwide acceptance. New developments in battery technology is pointing to Manganese as an alternative at one tenth the price of Cobalt.

If Not Cobalt, Then What?

Since Cobalt isn’t the preferred choice anymore for corporations and manufacturers, the focus to obtain an alternative replacement has increased greatly in recent years. “Scientists at the University of Southern Denmark found that a new electrode material incorporating Iron, Manganese and Phosphorus could increase both the power and capacity of the batteries.” Electric vehicle and hybrid EV car and technology manufacturing leaders like Tesla, Gm, LG and Volkswagen have intensified their attempts to reach a better, safer, and functional Cobalt-free replacing component by starting to move towards a more robust Manganese application.

On Battery Day last September, Tesla unveiled a Cobalt-free solution. Tesla’s new battery would essentially reduce the cost of their existing blended Nickel Cobalt Manganese Lithium-ion battery by removing Cobalt and increasing the percentage of Manganese (Nickel 66% and Manganese 33%). The newly redesigned and future improved Cobalt-free version will substantially reduce the future battery costs for all electric vehicles and hybrid EV’s. It’s about time that this change becomes a reality.

Manganese X, a Canadian mining company, has successfully secured a convenient solution 10 miles from the US border. It has promoted Manganese as the replacement to Cobalt. It is positioned to supply a secure and ethically sourced Manganese for the manufacturing of Nickel Manganese Lithium-ion batteries for the North American market.

How is the Initiative of the Cobalt-Free Battery Impacting the Future?

Manganese is a safer alternative and a more environment-friendly option. It’s much more affordable than Cobalt. It’s generally believed that replacing Cobalt slows down the kinetic response of the battery. Manganese-based batteries are gaining popularity for providing exceptional operating services even at high temperatures, as well as increased capacity, power and the ability to travel longer distances in the electric vehicle and hybrid EV market. Its performance in the global market has been quite impressive till now. Analysts have forecasted the global growth of the Manganese battery market to grow at a CAGR of 7.12% during the period of 2018-2022.

Thanks to companies like Manganese X, the Cobalt-free initiative to deliver Nickel Manganese Lithium-ion batteries is being received with a lot of nervous optimism. It has opened up many future possibilities for a safer environment that will definitely impact climate change in a positive way. It will protect vulnerable workers by upholding basic human rights afforded to all, but specifically children miners of the Congo who are forced by mining corporations into indentured servitude under the guise of work, with mine operators demonstrating a complete disregard for their workers health and safety.

One of the major reasons why consumers are avoiding the purchase of electric vehicles is their sticker price. They are modern, advanced, high-tech, convenient, eco-friendly, but they are priced outside the middle class ability to purchase them. According to Forbes, the cost of an electric vehicle is $12,500-$19,000 more than a similarly specified Internal Combustion Engine (ICE) car. The major component that goes into the pricing is the inclusion of Cobalt as a primary element in the Lithium-ion battery. However, abandoning Cobalt is a positive first step in mainstream endorsement, by changing the direction and attitude directed towards the manufacturing of an improved electric car or hybrid electric vehicle. This may be a far-fetched delusion, but it surely it’s an applaudable step to recognize.