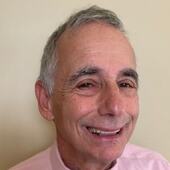 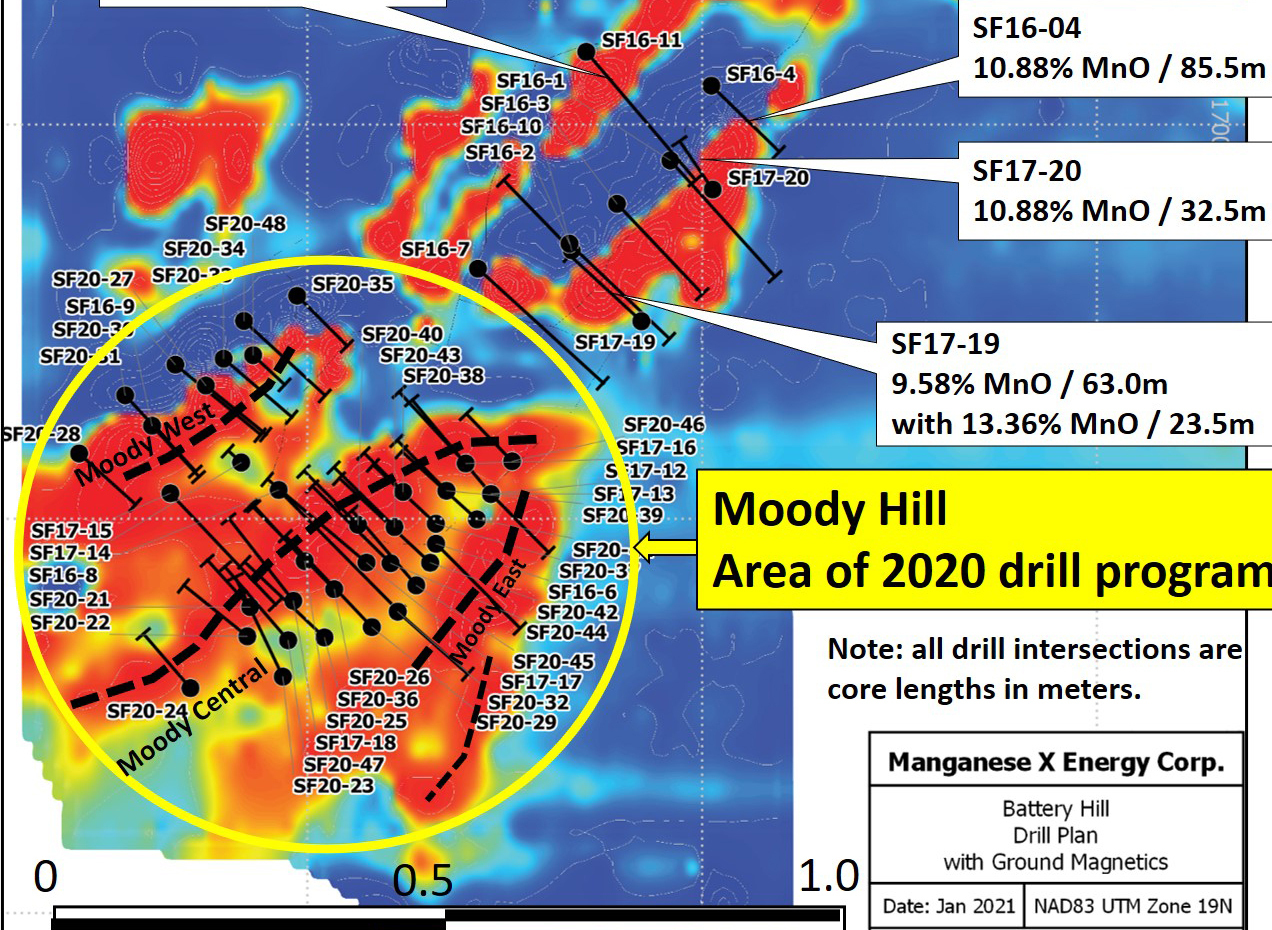 Learn Why Manganese is a Good Investment!

It’s imperative to understand the importance of ethically sourced, high purity Manganese and the technological mining processes required to extract, refine, purify while optimizing for maximum yield from a Manganese ore deposit.

Manganese X Energy Corp was founded to be a contributing part of the global initiatives towards renewable energy and its profitable business in a new green ecosystem. Manganese is becoming one of the key building blocks for this modern industrial economy.

When Manganese is added to steel it enhances the steel giving it a hard-yet-pliable quality, it helps depolarizing dry cell batteries and to decolorizing glass made green by iron impurities. It is also a powerful oxidizing agent. It is used in some fertilizers and is found in multivitamin supplements. One of its primary uses is as a component in ferromagnetic alloys. The importance of Manganese exploded with the development of modern steelmaking technology in the 1860s. As an alloy, it decreases the brittleness of steel and imparts strength.

Age of the Lithium-ion Batteries

Manganese is a key element in the manufacture of Lithium-ion batteries with superior storage capacity, safety, and affordability. Manganese is finding a solid place in the race to provide advanced battery technology. Nickel-metal hydride (NiMH) EV and Hybrid electric vehicle batteries and Lithium-ion (Li-ion) batteries are said to form the core that will power the world in the future. The USP of these batteries is safety, durability, and adaptability to users’ needs, economical, and come with a shorter recharging time. High grade, high-purity Manganese is the primary cathode material to build the battery's energy-storing capacity by increasing its energy density. These NCM (Nickel, Cobalt, Manganese, andLithium) batteries assure quality performance, with Cobalt becoming the black sheep of the group. Cobalt’s cost of extraction, along with it’s unpredictable combustibility make it a dangerous element to be mined. It also carries many health risks for miners who are engaged in the activity and the use of children as miners in West Africa, these factors make Cobalt less desirable than it’s burgeoning replacement Manganese. As bad as Cobalt is for the industry, the environment and for human beings, Manganese is the complete antithesis or polar opposite of Cobalt.

The future of Nickel Manganese Lithium-ion battery power cells is being developed to be used for renewable energy in consumer electronics, electric and hybrid electric vehicles, and battery systems that are used for backup energy storage, electricity harvested from clean energy produced by solar, wind, and tidal systems. It is becoming clear that their sourcing, stability, density giving increased power, capacity and their ability to travel further and longer will continue to promote their critical and important role in this new green ecosystem.

Here is a word from us at Manganese X Energy Corp. Our primary mission is simple: Advance our Battery Hill project into production, with the intent of supplying value added materials to the Lithium-ion battery and other alternative energy industries, as well as achieving new carbon-friendly more efficient methodologies, while processing Manganese at a lower competitive cost. We are the only Manganese company in North America moving towards commercialization of a Manganese ore mineral deposit. The property consists of 55 claims covering 1,228 hectares, approximately 5 km northwest of the town of Woodstock in Carlton County, southwestern New Brunswick, 7.5 miles from the Maine US-Canadian border.

Manganese has been in use by mankind since ancient times. Traces of it have been found in the pigments used in cave paintings. In the ancient world through the middle ages,

Manganese is a common ferrous metal with an atomic weight of 25 and the chemical symbol Mn. It constitutes roughly 0.1% of the Earth’s crust, making it the 12th most abundant element. More than 25 million tons of manganese ore are mined every year. The most important manganese ore is pyrolusite. About 80% of the known world manganese resources are in South Africa. Other important manganese deposits are in Ukraine, Australia, India, China, Gabon, and Brazil.

In a recent Biden administration executive order titled  “America’s Supply Chains” dated, February 24th 2021, the US made clear that it understands the importance of securing all domestic or North American supply chains for all materials of strategic importance-clearly, Manganese is one such.

Martin Kepman, MXE CEO, comments “The Executive Order is extremely favorable to Manganese X Energy. The Administration’s effort to secure domestic supply chains puts us at the center of a North American bullseye. The company’s Manganese property is 7.5 miles from the US border. Further, we note there is currently zero Manganese production from a North American deposit. Manganese X is positioning to fix this domestic vulnerability by accelerating our commercialization efforts to become the first local supplier to the North American electric vehicle and hybrid EV battery market.”

Manganese ores generally contain 25 to 45 percent Manganese, mostly in oxide (or hydroxide) and carbonate minerals. Highly advanced, technology-based processes have substantially increased the production from the initial mining days. This has also resulted in a reduction in chemical waste.

Before it is sent for processing, the Manganese ore is put through a magnetic separator that separates the particles into medium-sized and the fine-grained Manganese oxide ore.

Until recently, Manganese used to be dug out from open pit rock beds, and the process used to require a lot of manpower and time. The modern methods of Manganese mining across the world are more economical and produce a higher production yield.

Pure manganese is produced by hydrometallurgical and electrolytic processes, while ferromanganese and silicomanganese are produced by the smelting of ores in a blast furnace or, more commonly, in an electric furnace.

The main purpose of processing Manganese ore is about producing a specific and acceptable grade of Manganese, where the objective is for maximum recovery of the Manganese.

the progress of our metallurgical work or at least that the intended processing method will not require smelting?

“Manganese X Energy (MXE) is presently shipping a bulk sample taken from its 2020 drill program to Kemetco Research Inc of Vancouver that will be used for further refinement of two previous phases of testing that resulted in a recovery rate of 85% Mn and purification testing that produced a 99.95% pure MnS04,  product suitable for the EV and Hybrid vehicle and energy storage battery market. The current testing will focus on refining the leaching processes and enhancing the flow sheet with an eye to even greater efficiencies and processing cost reductions. MXE is pleased to be working with Kemetco in advancing this exciting project using novel processes for which provisional patents will be applied to provide an essential component of high tech batteries in the most environmentally sustainable manner.” Perry MacKinnon, P.Geo VP of Exploration, Manganese X Energy

The Future is Here

Global investment in clean energy was increased to $ 270 billion US during 2014 with China leading the way and the US coming second. In 2011, 70% of the world’s Manganese ore was produced by just four countries: South Africa, Australia, China, and Gabon. Manganese is a critical mineral in America and the development of new methods of beneficiation is highly desirable for its application in national defense.

The market is hot now. Since many major car manufacturers such as Volkswagen, Porsche, and Mercedes are busy with developing electric cars, Lithium-ion batteries are a part of every drawing board. Elon Musk, the founder of Tesla, is one of the industry pioneers, he has shown interest in replacing cobalt with Manganese in his high-tech machines. If others favor this move, it will increase the number of electric vehicles on roads reducing carbon emissions.

More than 25 million tons of manganese ores are mined every year. This includes lower grade Manganese ores that have been brought back into development and utilization due to the lack of high-grade Manganese ore in developed countries. Manganese nodules are found along the ocean floor and are mined for their Manganese, but not as much as their terrestrial sources. Experts believe that deep seabed mining could become a source of Manganese ore and could significantly shift from land to ocean, but with potentially severe environmental implications.

“In 2010 and 2011 when Lithium-ion batteries became the growth driver in the battery industry, junior miners exploring and developing lithium, graphite and cobalt deposits saw an average return of 407%.”

Upon completion of the resource estimate, the Company will initiate programs for a preliminary economic assessment (PEA) of the Battery Hill project. Martin Kepman, CEO of Manganese X comments, “We are extremely pleased with the drill results from Moody Hill. This area is considered the initial development target for the project. The overall property hosts significant tonnage potential along its 7 km length with 3 of the 5 known manganese occurrences (including Moody Hill) having historical, non-compliant resource estimates. We are looking forward to the upcoming resource estimate and further metallurgical advancements in preparation for our PEA.” "the Company has now completed 53 holes totaling 9,697 meters over a total strike length of 2.0 km.

It foresees profiting from its ethically sourced Manganese supply and expects to provide a constant supply of a material critical to Cobalt replacement in batteries necessary to the EV and Hybrid vehicle market. The ubiquitous nature of Lithium-ion batteries shows that the market is poised to elevate Nickel Manganese Lithium-ion battery (NM) to eventually becoming the market leader.

It is expressly forbidden to copy or store any content except as provided above without the prior written permission of the above organization or the copyright holder identified ...